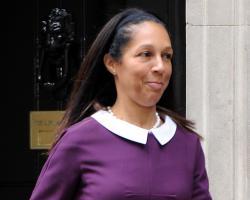 Portsmouth 3-0 Morecambe: Match Report - view commentary, squad, and statistics of the game as it happened.Wallace on song in Pompey winPortsmouth bounced back from their FA Cup humiliation against Aldershot in style as a Jed Wallace double inspired them to a comfortable 3-0 triumph over Morecambe at Fratton Park.Pompey dominated possession and took charge after 11 minutes when Morecambe failed to clear their lines from Danny Hollands' long throw.Craig Westcarr's initial attempt was blocked, but he lashed home at the second time of asking.Morecambe's Laurence Wilson came closest for his side when he headed just over the target from five yards a minute before half time.Pompey doubled their lead after 54 minutes when Wallace met a superb Miles Storey cross from the left with a brilliant bullet header.Ryan Taylor should have made it three after 59 minutes, when Westcarr sent him clean through on goal

The Pompey No.9's effort was diverted wide by Shrimps keeper Scott Davies.Taylor found himself racing clear again after 74 minutes, but was denied twice by a delightful Davies double save.Wallace sealed the points with two minutes left when he lashed home another Storey cross