The Cobblers were formed by a group of teachers in 1897 and until the 1960's played most of their seasons in the Third Division South.

The 60's saw an extremely fast rise up the football leagues as Teyn were promoted from Division Four to Division One in the space of five years. However, the fall would be just as quick as the club lasted just one season in the top flight before three relegations in four years (a record now equalled by Pompey) saw Northampton back in Division Four.

The 70's saw George Best put six past the Cobblers in an 8-2 FA Cup defeat and the club have struggled to get out of the bottom two leagues since but won League Two in some style in 2016, going unbeaten for over half of the season under Chris Wilder's management. They were relegated soon after but won the 2020 play-off final to return.

Curle had a long playing career spanning 24 years and 10 different clubs, making well over 100 appearances for Bristol City, Manchester City and Wolves before retiring in 2005.

He began his managerial career at Mansfield Town where he was wrongfully dismissed after allegedly bullying a youth team player. Failed spells at Chester and Torquay saw Curle join Neil Warnock's coaching staff at Crystal Palace and then QPR.

The former England international returned to management with Notts County in February 2012 and guided them to an impressive 7th place finish that season but was sacked a year later. Curle took a break before joining Carlisle in September 2013, staying until 2018 before joining Northampton.

A match that has gone down in Pompey folklore saw Steve Davey and Ian Purdie score the goals to ensure Frank Burrows' men finished fourth and pipped Bradford City to promotion on goal difference.

A collossal downpour hit Sixfields as Pompey were soundly beaten on a Tuesday night courtesy of two goals from Chris Long and an own goal from Matt Clarke. Matty Kennedy had pulled one back in the second half but it wasn't enough.

If you don't fancy paying to watch Northampton, you can always be a cheapskate and stand on top of this hill which gives you a view of some of the pitch for free! The South Stand behind the goal houses the majority of the visiting fans. 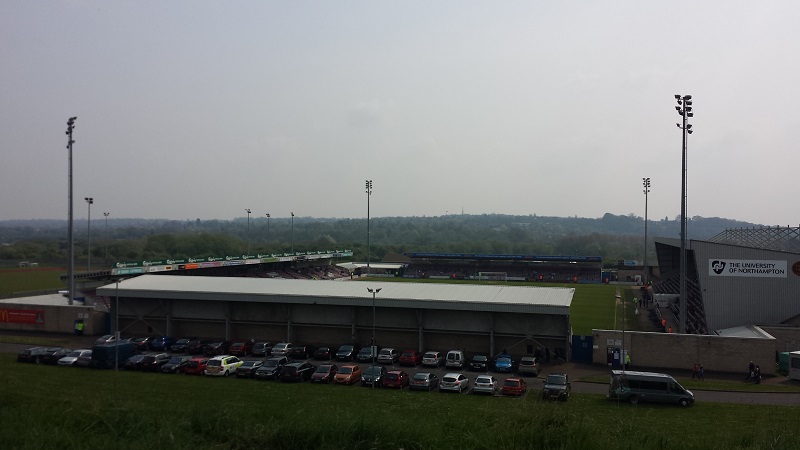 Taking your place in the South Stand, to your right was the Alwyn Hargrave Stand but this has since been demolished and has been replaced by a new East Stand. 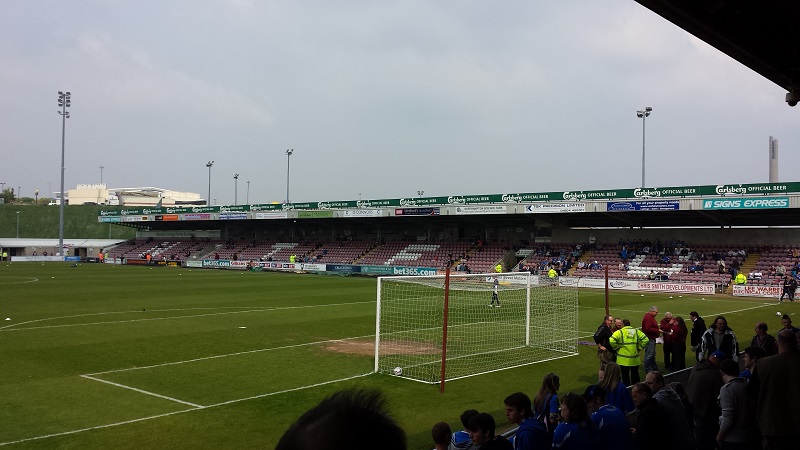 Opposite is the Dave Bowen Stand with aforementioned hill behind it. The pub in the background was the Sixfields Tavern but that was destroyed by a fire. 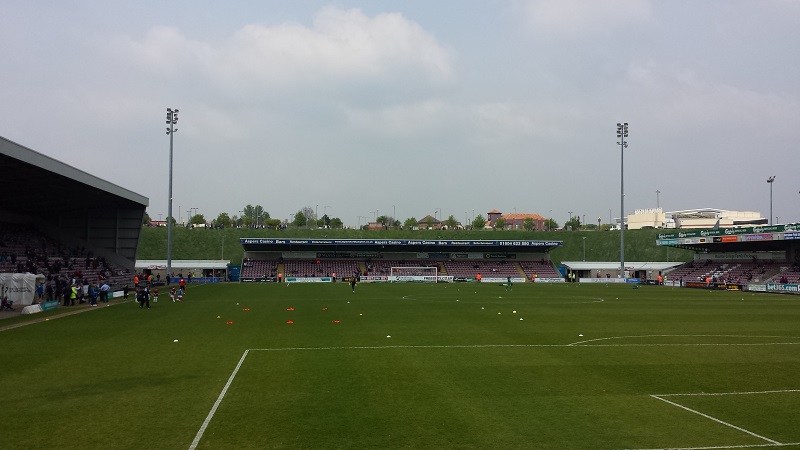 On the left is the West Stand that fills with the more mouthy Teyn fans armed with those horrible plastic "happy clappers" which really should be banned from use. Forever. 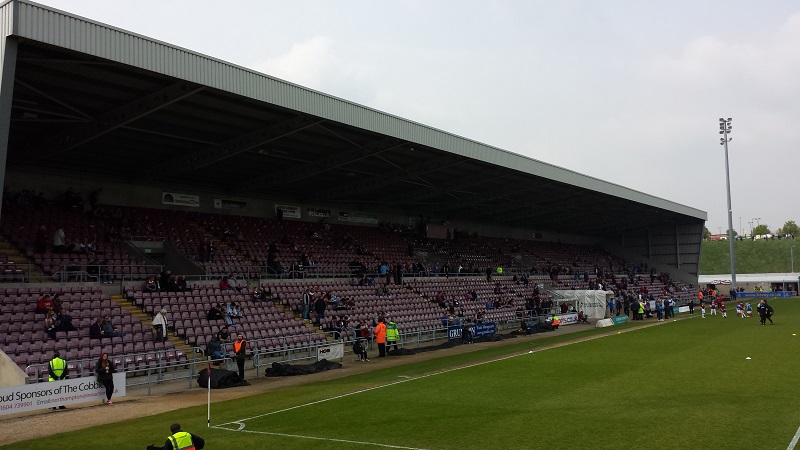 Overall, Sixfields is a fairly basic but decent stadium for League One. The home fans can make some noise but sometimes it can also feel a little quiet in there and there are better venues in the third tier to watch football.