The Chairboys have spent most of their history in non-league, winning the Isthiman League eight times and the FA Amateur Cup before eventually turning professional and earning a spot in the Football League by winning the Conference in 1993 under Martin O'Neill.

O'Neill continued to bring Wycombe success as they were promoted again the season after by beating Preston in the play-off final. Re-organisation of the leagues saw the club miss out on a Division Two play-off place having finished sixth. O'Neill left but Wycombe's best moment came when the team reached the FA Cup Semi-Final in 2001 where they were narrowly beaten 2-1 by Liverpool.

Tony Adams was appointed manager in 2004 but Wycombe were relegated to League Two and he soon resigned. Paul Lambert took the Chairboys to the League Cup Semi-Final where they were beaten 5-1 by Chelsea. Another promotion and relegation followed amid financial uncertainty and a transfer embargo. The Wycombe Wanderers Trust bought the club in 2012 to end these financial troubles and the club won promotion to League One in 2018.

Ainsworth is probably best known for his playing career at QPR having started as a youth at Blackburn before moving on to the likes of Preston, Lincoln and Wimbledon.

He signed for Wycombe in 2010 and continued playing in midfield until the age of 39 when he hung up his boots but continued to manage Wycombe Wanderers having been appointed player-manager in 2012 and became known for his team's gamesmanship and unsporting behaviour.

Adams Park is situated in an industrial estate and thus is away from the town centre and the local boozers. The ground itself is impressive by League Two standards.

The away end holds plenty of fans and opposite that is the Greene King Terrace which is the only standing area in the ground and is for home fans only. This section of the ground was noisier than the others which were virtually silent. 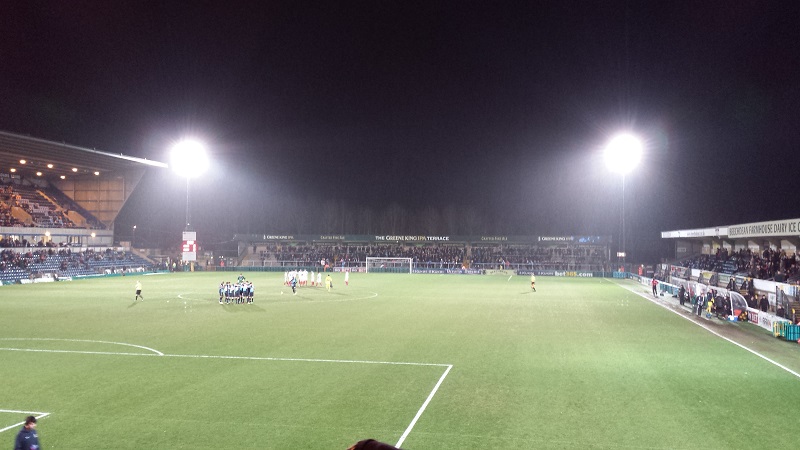 The Main Stand is a single tiered structure but fans have to climb a set of stairs before they can reach their seats. Apologies for the photo quality but it was tipping it down with rain when it was taken. There's something about Pompey vs Wycombe fixtures and the rain... 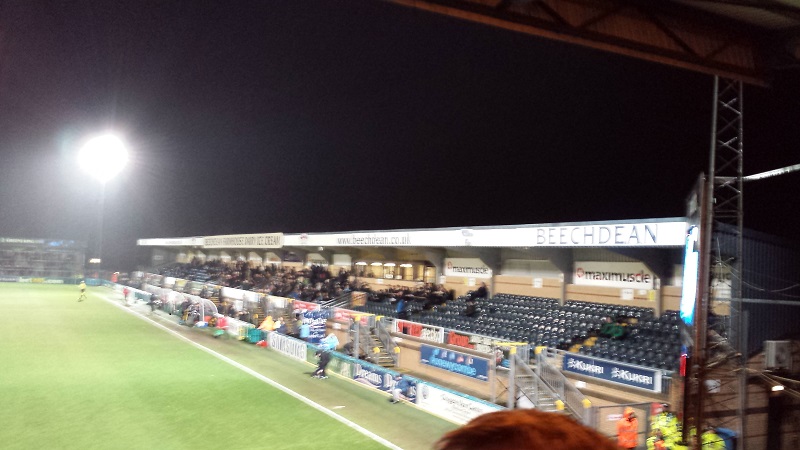 The biggest stand in the ground is the Frank Adams Stand which dwarfs the rest of the stadium and is quite impressive for a club of Wycombe's stature. There weren't many fans in this one when Pompey played but it would look pretty good when it's full. 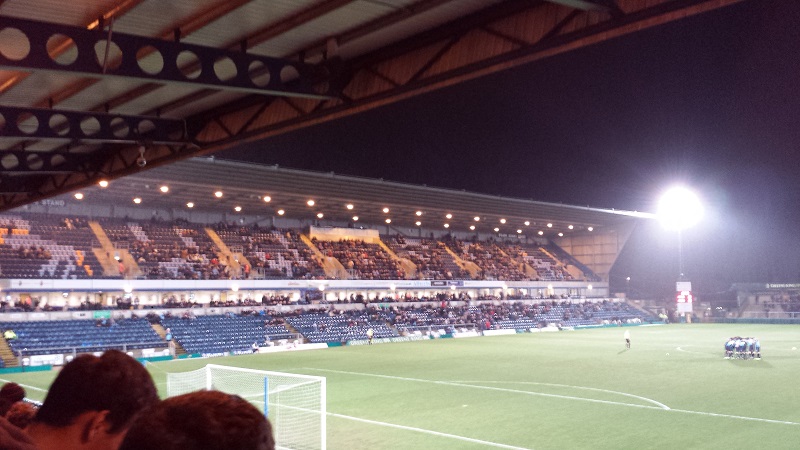 Overall, Adams Park is a tidy ground but other than the marquee behind the stand, drinking options are limited. At least you'll have a decent view of the action from the away end.