Shrewsbury were formed in 1886 and played in the Birmingham & District League and Midlands Champions League until their admission to Division Three North in 1950.

Most of the Shrews' league history is unspectacular although they did reach a League up semi-final in the 60's and an FA Cup quarter-final in the 70's under Graham Turner's management where they also won the Third Division and stayed in the second tier of English football for the majority of the 80's.

The 90's and 00's saw the Salop side yo-yo between the third and fourth tiers of the Football League and they even had a spell in the Conference before moving from Gay Meadow to New Meadow. Shrewsbury currently reside in League One but were beaten play-off finalists two seasons ago.

The 38-year-old began his career at Oxford United but is mostly known for playing at full back for Swansea and Hull in the Championship and Premier League. He has also played for Bolton, Wolves and Coventry before retiring in 2016 due to a knee injury.

Ricketts' first managerial role came in May 2018 when he took charge at Wrexham but he was appointed Shrewsbury boss in the December of the same year following John Askey's departure from the League One strugglers.

Ben Close and Brett Pitman were on the scoresheet as Pompey finally managed to beat Shrewsbury at Greenhous Meadow having lost every match there previously.

Bobby Grant scored both goals during a horrendously rainy Fratton Park where Andy Awford's Pompey made the Shrews look like Barcelona. The result ruined this editor's 30th birthday!

New Meadow (or Greenhous Meadow if you want to call it that) is one of those generic identikit box grounds in the middle of nowhere. The nearest watering hole is a walk to the Brooklands Hotel which is a pretty good place to drink. 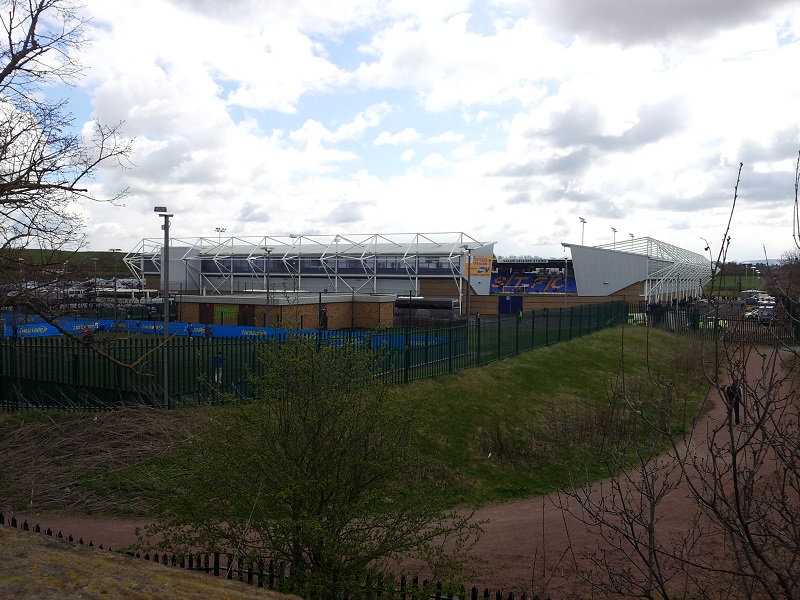 The Roland Wycherley East Stand (named after the chairman) is nothing special. Both Shrews and visiting fans alike miss Gay Meadow for its character, something that can be said for many football clubs that have moved into "plastic" grounds over the years. 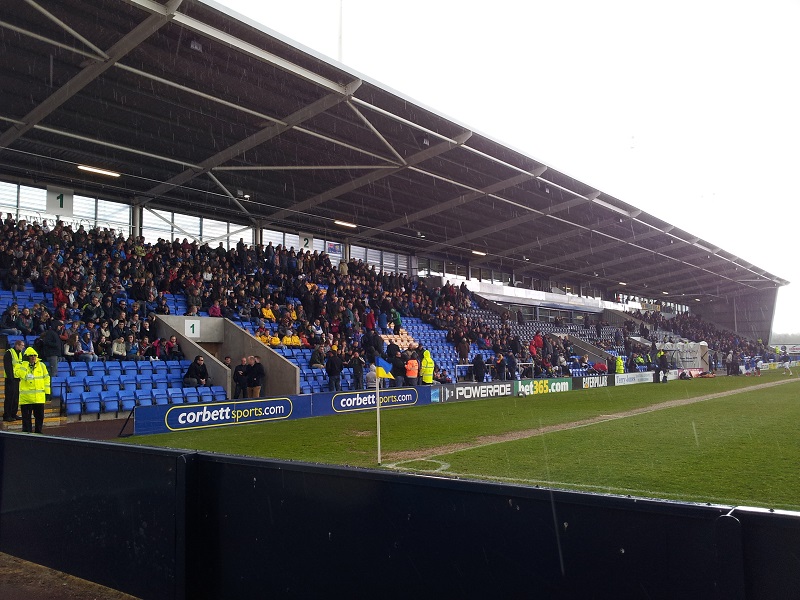 The West Stand is exactly the same as the east. 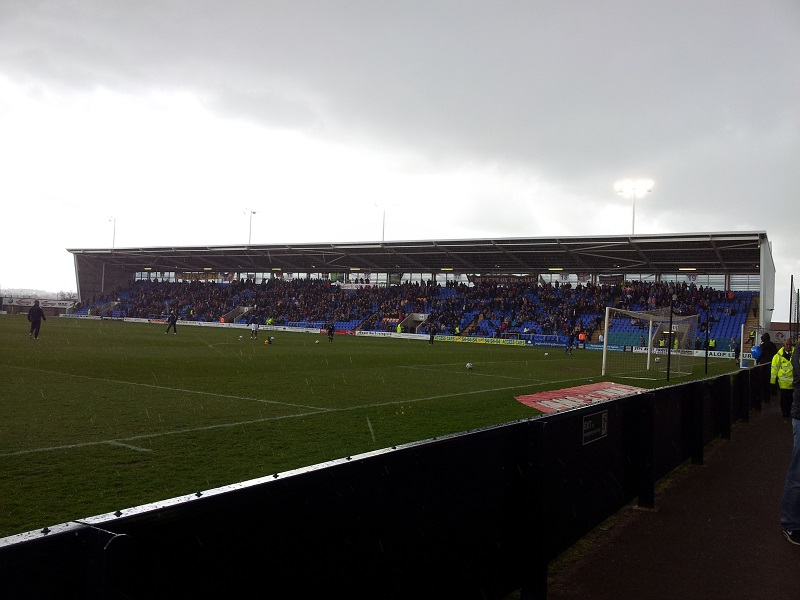 Opposite the away end is the Salop Leisure Stand which is virtually the same. It's basic but offers a good view of the pitch due to how steep it is. 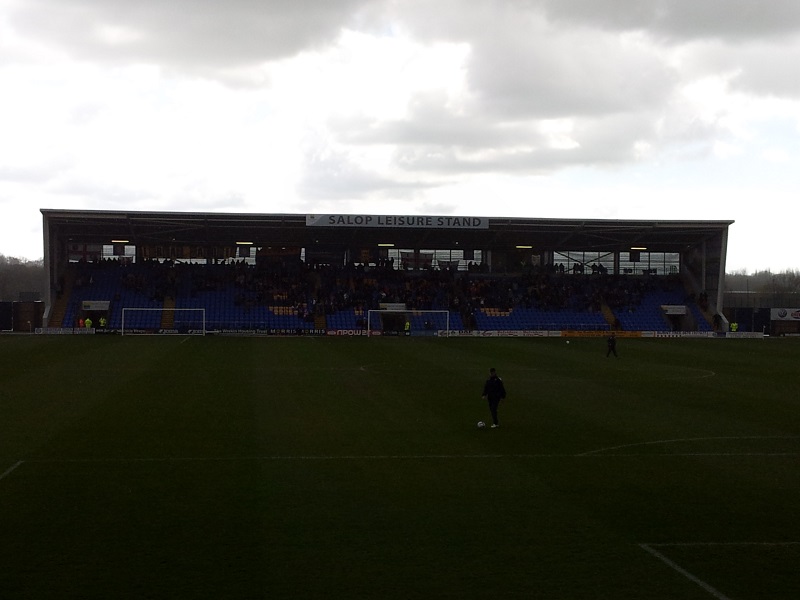 Overall, New Meadow isn't the best ground due to its location and blandness. However, the Shrewsbury fans do their best to give it some character with banners and such and they can create a good atmopshere for a friendly bunch. Nice pies too.