Formed as Argyle FC in 1886, the Pilgrims took their nickname from the religious group that set out to discover the New World aboard the Mayflower in 1662. The club became Plymouth Argyle when it joined the Southern League in 1903.

Promotion through the leagues continued as Argyle became a Second Division club in 1930, staying there for 20 years until relegation. Plymouth then builded a reputation as a yo-yo club but stunned the world in 1973 when the third tier team defeated Pele's Santos 3-2 in a friendly.

Recent history has seen Plymouth continue their trend as a yo-yo club between the divisions but huge financial problems and administration saw the Pilgrims drop to League Two before the club was eventually saved by James Brent's Akkeron Group. They finally won promotion in 2017, finishing as runners-up to Pompey in League Two having bottled it on previous occasions only to be relegated again two years later, bouncing back at the first attempt under Ryan Lowe.

The 41-year-old was a journeyman striker at lower league level, having three separate spells at Bury where he ended his playing career having become at coach at Gigg Lane. He was given the manager's job and took the Shakers up last year before everything went wrong, meaning he left for Plymouth and won his second consecutive promotion from League Two.

Having been evenly matched for years on the pitch, Pompey took their game to another level and took Derek Adams' side apart. Jamal Lowe scoring either side of Ronan Curtis's goals for an emphatic win.

Nobody needs reminding about this, do they? At least everything all worked out in the end come the following season.

Home Park was one of the best venues in League Two and is also a good away day in League One, especially given the recent history between Argyle and Pompey. 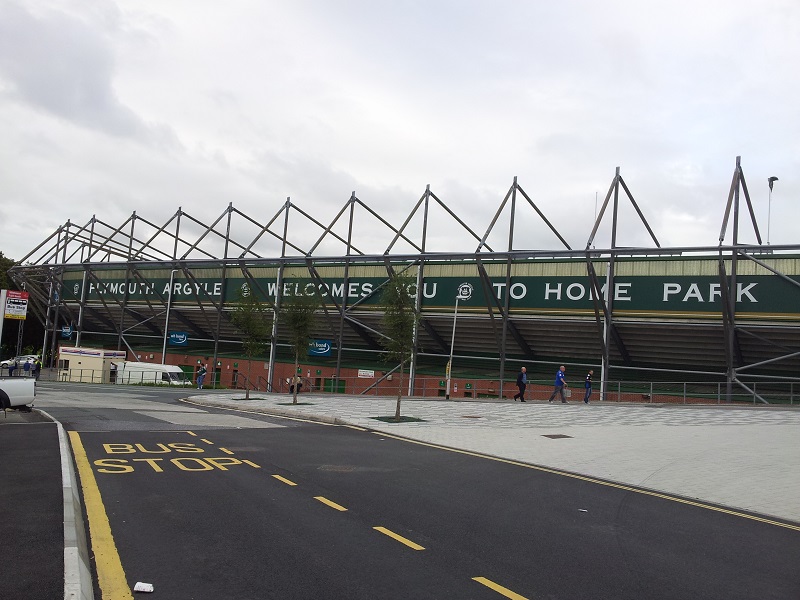 In the background of this next photo you can see the entrance to the Grandstand. This stand was built in 1952 and although traditional, it's really starting to show its age now. 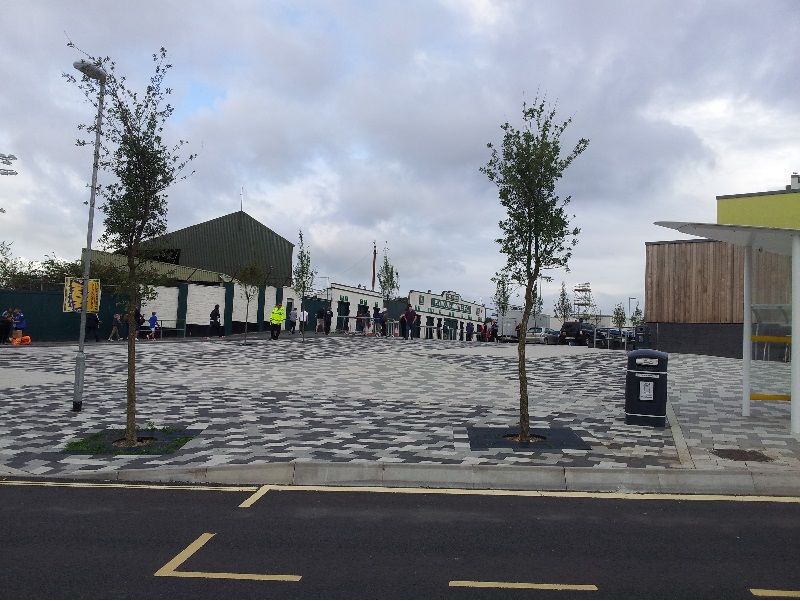 Here is the Mayflower Grandstand which has since been demolished and replaced. 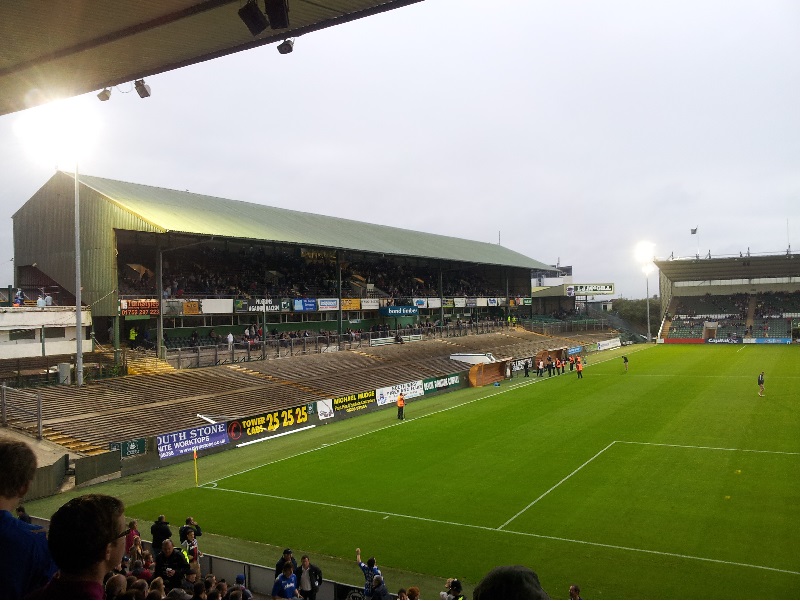 Pompey fans are seated in the Barn Park End which is exactly the same as the Devonport End opposite. 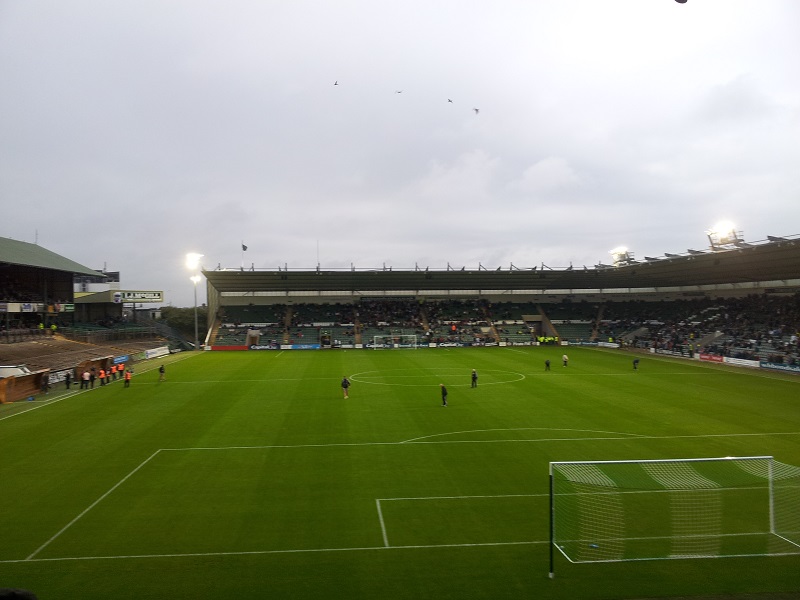 Completing the "Horseshoe" around the ground is the Lyndhurst stand. In the corner of the photo you can see some of the "Fans Re-United" banner created by both Pilgrims and Pompey fans for the League Cup game some seasons ago. 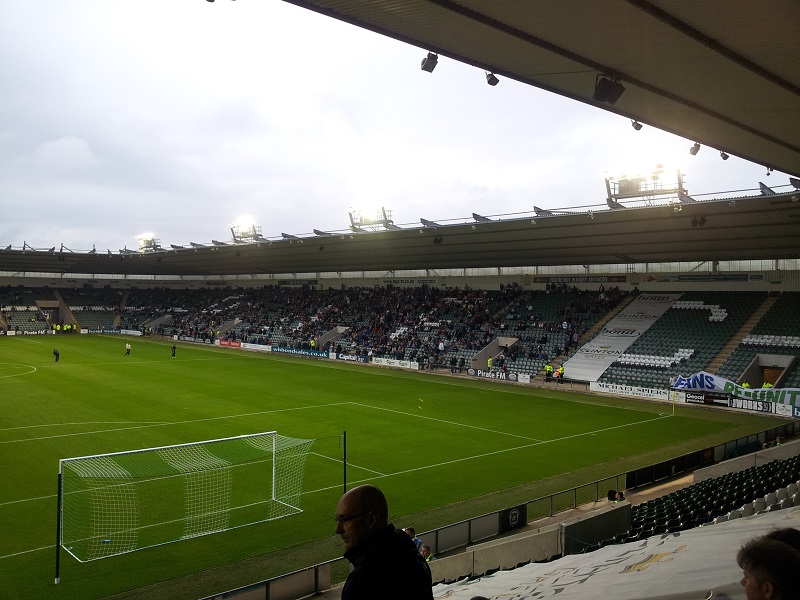