Peterborough are a fairly new club, having been formed in 1934 to replace the old Peterborough & Fletton United which had dissolved two years previous. Posh were elected to the Football League in 1960 and won Division Four that season.

The club narrowly missed out on promotion to Division Two in the 70's but the 80's saw a lot of mismanagement and turmoil hit the club but the club peaked in 1992 when it was promoted to the second tier via the play-offs. Relegation came a couple of seasons later and another demotion to the bottom tier soon followed.

Under Darren Ferguson's management, Posh achieved back-to-back promotions to the Championship, Ferguson left, Posh were relegated, Ferguson returned and Posh were promoted to the second tier again, lasting two seasons before returning to League One where they currently reside, with Darren Ferguson at the helm once again.

Son of Sir Alex, Darren's playing career was mainly spent at Wolves and Wrexham having started at Manchester United and also featured at Sparta Rotterdam. Ferguson signed for Peterborough as player-manager in 2007 and won back-to-back promotions from League Two to the Championship.

Ferguson's success led him to join Preston in 2010 but he was soon sacked and returned to Peterborough who were back in League One. Once again, he got Posh promoted to the second tier for two seasons but left in 2015 with the club struggling in League One.

Ferguson's next job was at Doncaster where he got Rovers promoted, only to lose out on the League Two title to Pompey despite holding a 17 point advantage over them at one stage. He resigned at the end of the following season having kept Doncaster up and then emerged at Peterborough for a third time in January 2019.

This was a contest between the two early season pacesetters and it was Pompey who came out on top courtesy of goals from Oli Hawkins and Jamal Lowe. Matt Godden scored a consolation but it didn't matter, Portsmouth were top of the league and would stay there for the rest of 2018.

A truly dreadful game where the scoreline flattered Pompey as they didn't turn up against their promotion rivals. Dan Bulter, of all people, gave Posh the lead and Ivan Toney slotted a late second goal to condemn Pompey to yet another dismal defeat on the road.

The away end at London Road used to be a terrace but is now a new all-seater stand. The Main Stand is where Pompey fans used to be seated but thankfully that cramped space no longer has to be endured. 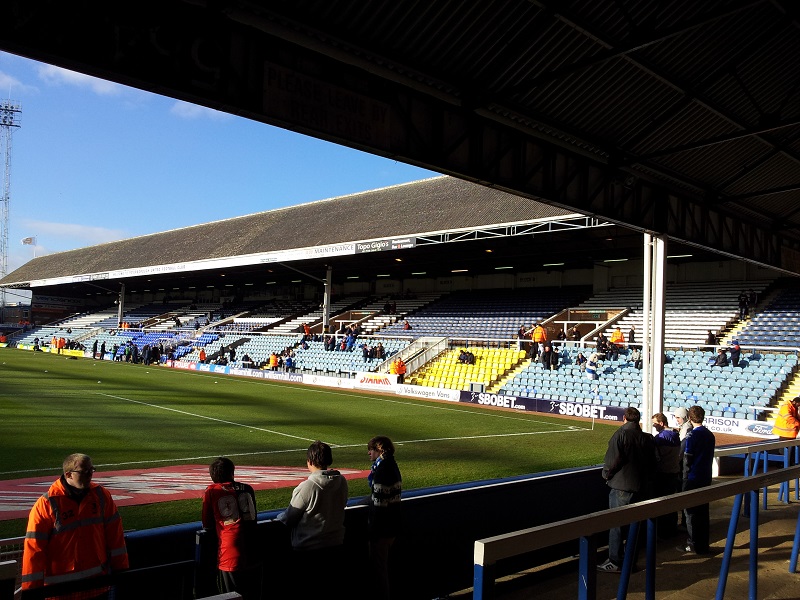 The terrace for the home support, however, has been retained for those who prefer to stand at football games and not get shouted at by the stewards. 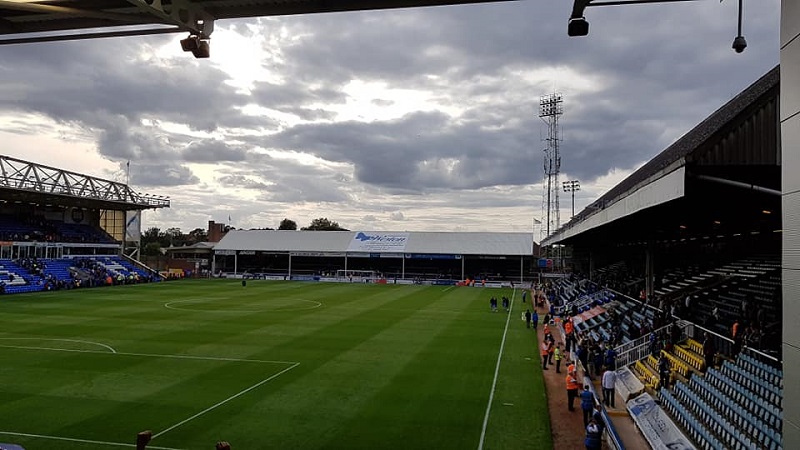 Posh's Norwich & Peterborough Stand is the most imposing and is where all the corporate supporters go for their day out. 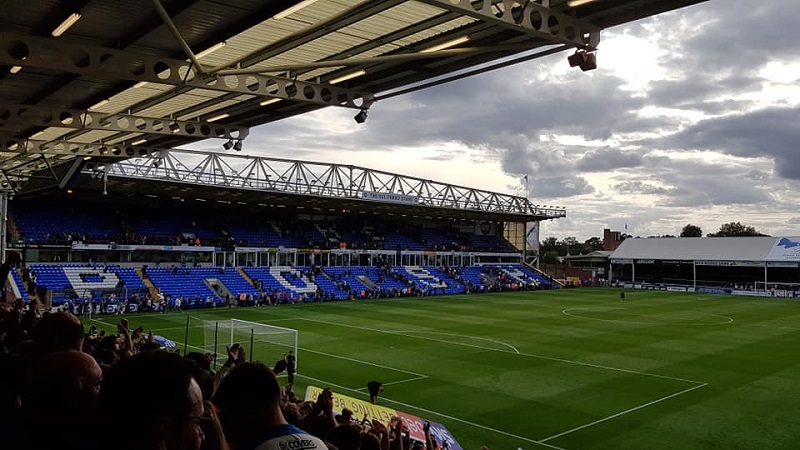 Pompey fans will have a good day out at Peterborough. The town centre is full of places to drink and London Road is one of the better grounds in League One.