Nickname: The U's, The Yellows

Formed as Headington (with the "United" suffix added later on) the club didn't turn professional until 1949 when they joined the Southern League. The club changed its name to Oxford United in 1960 to raise its profile and were elected to the Football League in 1962.

The Us rose through the leagues but fell on financial hard times in the early 80's and almost merged with Reading to become Thames Valley FC until fan protests prevented it from happening. The rest of the decade would be Oxford's glory years as they were promoted to the First Division and won the 1986 Milk Cup, their only major honour to date.

A decline followed in the 90's and 00's and United were relegated to the Conference in in 2006 under the management of Jim Smith, who had been their manager in the glory years of the 80's. Smith resigned and it took the U's four years to bounce back to League Two when they beat York 3-1 in the Conference play-off final. Under Michael Appleton's management the U's were promoted to League One in 2016.

After a nondescript playing career, Robinson became the Football League's youngest manager in 2010 when he was appointed as MK Dons manager having previously been at the club as an assistant coach to Paul Ince.

Robinson was successful with MK and took them from League Two to the Championship but an instant relegation back to League One and a struggle to revive their fortunes meant he was sacked and appointed Charlton's new manager in November 2016.

With things going on behind the scenes at Charlton, Robinson jumped ship to Oxford in March 2018 and lost his first game in charge when his team were beaten at Fratton Park.

Pompey got their promotion bid back on track after beating the U's. Kal Naismith scored an early goal but the game was won when Alex Mowatt was sent off after Nathan Thompson laughed in his face following his penalty being saved. Brett Pitman scored twice after to seal the win.

Pompey finally scored an away goal in a play-off match through Marcus Harness but the U's equalised on the stroke of half-time courtesy of a terrible own goal by Ellis Harrison. A truly dreadful game was settled on penalties, with Cameron McGeehan's squandering his spot kick meaning yet another play-off campaign ending in heartbreak.

Oxford moved to the Kassam Stadium (named after chairman Firoz Kassam) in 2001 and is famous for only having three sides. There is a nearby bowling alley to have a drink with no actual pubs nearby.

Inside the stadium, you'll be seated/stood in a stand very similar to the two-tiered South Stand opposite, although the North Stand has only one tier and it's very steep. The sun can also get in your eyes if your team happens to be playing Oxford during the winter months. 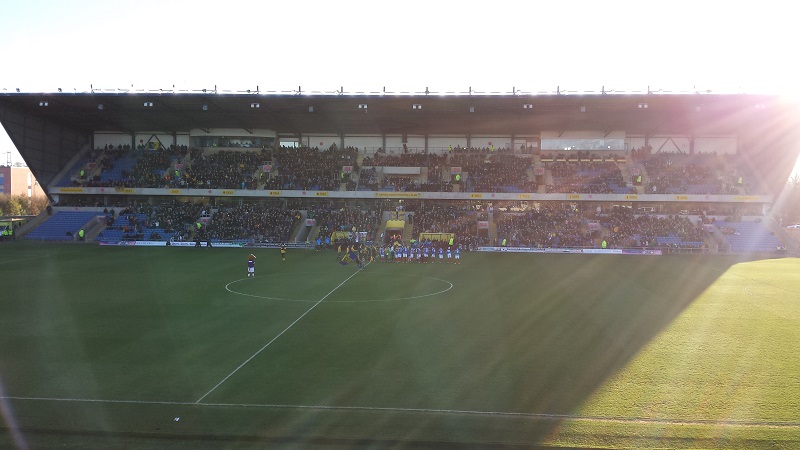 To the right is the car park and a small electronic scoreboard. Cue the "you've only got three stands" song blaring out from the massive number of visiting Pompey fans. 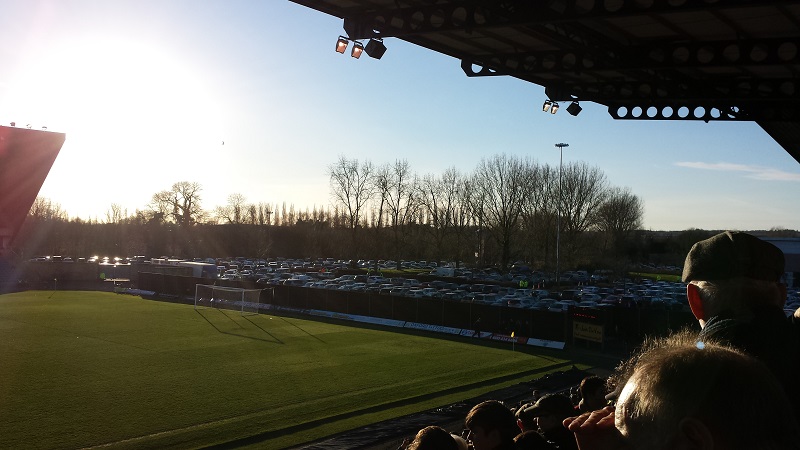 On the left is the Oxford Mail Stand which holds the U's "ultras" although this claim is pretty laughable as barely any noise was heard from them throughout any of Pompey's recent visits to the Kassam Stadium. 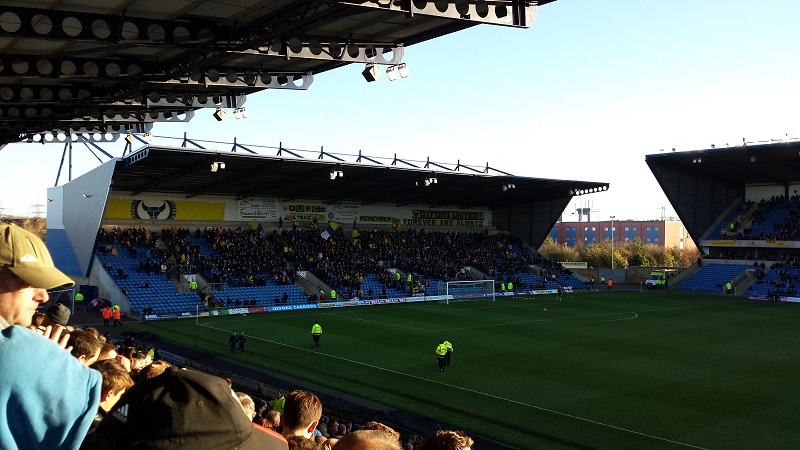 Overall, Oxford's ground isn't particularly inspiring or brilliant. It's in the middle of nowhere, you don't get much of an atmosphere from the home support and, of course, the ground only has three sides. The only good thing is that the away section holds such a big allocation that the visiting team can bring plenty of fans and make plenty of noise.