Although a move to Milton Keynes for an established football league club had been talked about many years prior, it wasn't until 2001 that Wimbledon chairman Charles Koppel announced that the club needed to relocate to prevent it going out of business having groundshared with Crystal Palace for years and the original Plough Lane sold for redevelopment.

The move was ratified in 2002, much to many of the Wimbledon fans' fury who formed a new club in protest to the relocation. Pete Winkelman financed the club whilst it was in administration in 2003 and officially moved Wimbledon into Milton Keynes National Hockey Stadium in September that year.

Winkelman bought the Wimbledon out of administration and soon rebranded the club as Milton Keynes Dons in 2004. Then began legal disputes over Wimbledon's history with both AFC and MK claiming heritage but it was eventually agreed that both clubs were separate entities and thus none had claim to the original Wimbledon's history.

MK Dons moved into stadium:mk in 2007 ever since, with most of their seasons being played in League One under Karl Robinson with the odd foray into the Championship and League Two. Because of how MK Dons were founded, they have become one of the most hated football clubs in the country.

At the age of 33, Martin was given the manager's job at MK Dons following the sacking of Paul Tisdale, having ended his playing career with the club in 2019. His is mainly known for his eight year stint at Norwich, playing in the Premier League for them having made a name for himself at Wycombe.

The hosts took the lead against the run of play when Ike Ugbo scored in the first half and Pompey couldn't break their stubbron defence down. It seemed like a defeat was on the cards until Matt Clarke's 84th minute header and the 6,000 travelling supporters went berserk when Conor Chaplin poached the winner in the 93rd minute.

Having beaten the top two during the Christmas period, Pompey conspired to undo all of that good work by losing to the relegation threatened Dons despite dominating most of the first half. Rhys Healey, Connor McGrandles and Alex Gilbey grabbed the goals with Ronan Curtis scoring a late consolation.

These photos were taken before the top tier had been completed, making an already impressive stadium even better. Say what you like about MK Dons as a club itself but their stadium is one of the best in the country.

Like Arsenal's Emirates Stadium, the seats are padded and the away allocation is plentiful given that the home areas of the ground never come close to selling out.

When you arrive in the stadium you are greeted with a massive open concourse which is more akin to an American Baseball stadium, but the facilities and food are excellent for a football ground. The photos below were taken from said concourse. 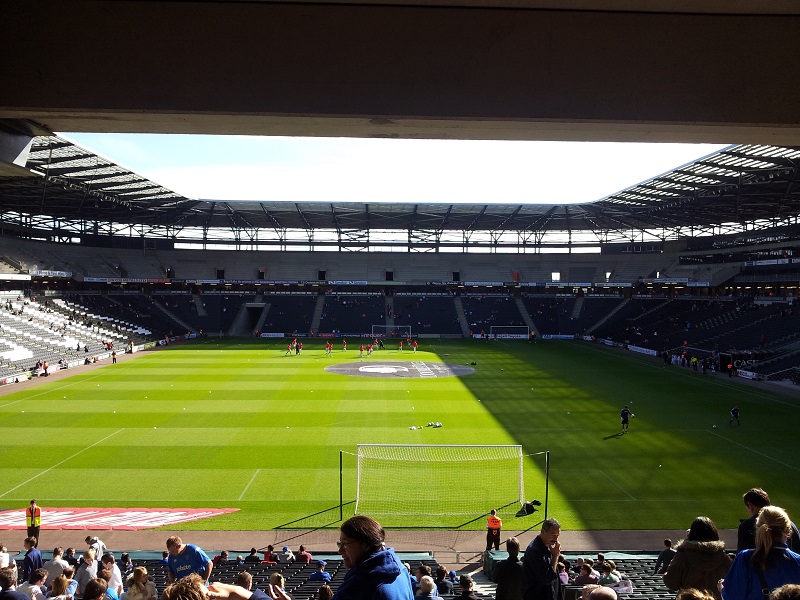 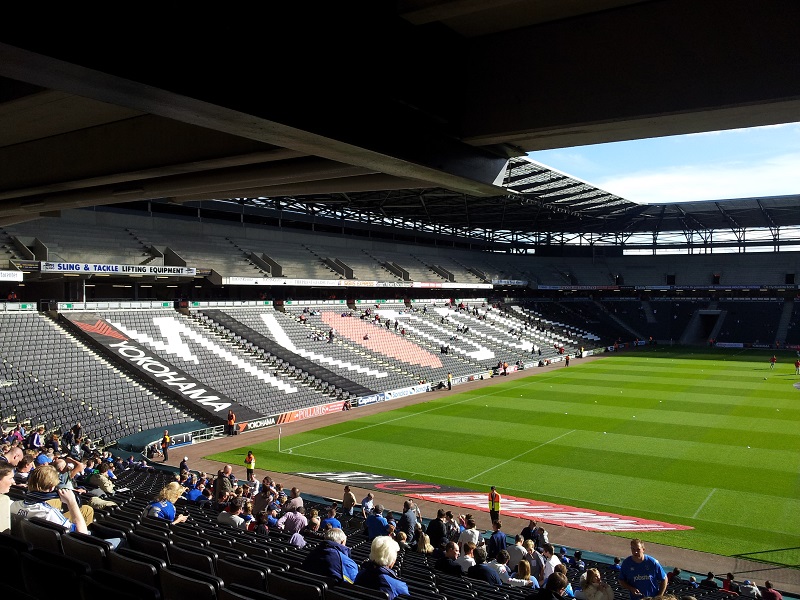 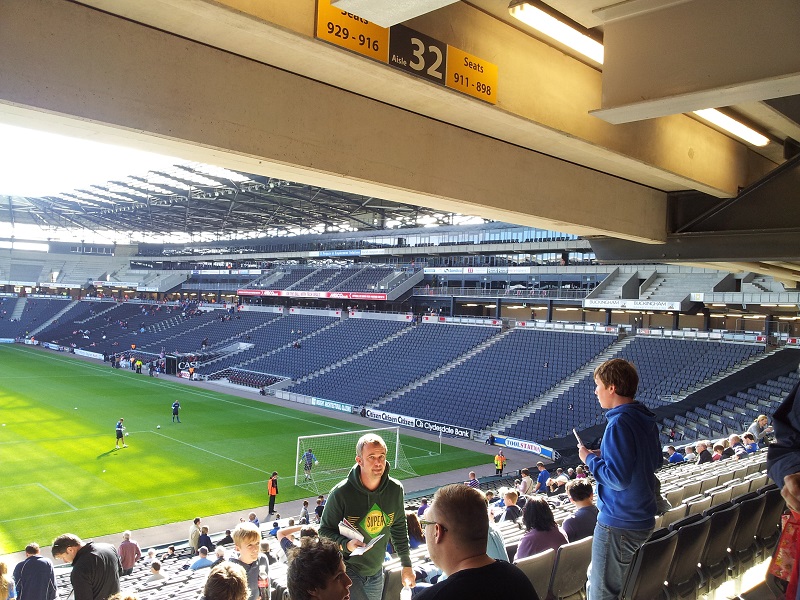 Overall, MK Dons is one of the best away days in the league. The only real problem for Pompey fans will be finding a good pub to drink in beforehand as pubs that welcome away fans are some way away in Milton Keynes town centre.