Formed in 1877 and named after Princess Alexandra, Crewe were founder members of the second division of the Football League in 1892. They lost their league status in 1896 before rejoining in 1921 but Alex would not taste their first promotion until 1963.

Club legend Dario Gradi joined the club in 1983 and garnered a reputation for developing young players. Crewe flourished under his guidance and played in the second tier under his management despite the meagre resources at his disposal.

Gradi stepped down in 2007 (though took charge twice between then and 2011) and after a couple of unsuccessful managers in between Gradi's reappointments, the Railwaymen appointed Steve Davis following their relegation to League Two. Davis led Crewe back to League One in 2012 but they were relegated the following season after finishing bottom, unable to win promotion until 2020.

The 39-year-old centre back spent most of his playing career in the lower leagues, making the most appearances for Morecambe and earning seven caps for Gibraltar. He made 72 appearances for Crewe between 2010-2012 and their board plumped for him to replace the sacked Steve Davis. This gamble paid off as Crewe were promoted back to League One in 2020.

Portsmouth were on the worst run in their history having not won in a record-breaking 22 matches in a season that also saw them equal a club record of nine straight defeats before their trip to play Crewe at Gresty Road.

None of the 485 fans who made the journey would have expected anything given the dire situation at the club at the time with Guy Whittingham doing his best to try and salvage some pride from such an awful season but this was finally the day that Pompey broke their duck.

Patrick Agyemang scored an early goal to give the visitors the hope they so desperately craved and when David Connolly smashed in a rebound for the second, there was pandemonium in the away section of the ground.

Of course, Pompey didn't make things easy as AJ Leitch-Smith pulled a goal back to get the nerves jangling but the Blues held on to spark incredible celebrations amongst those who made the journey with many running onto the pitch to embrace the men who had ended the worst run of results in the club's history.

Whilst our famous club might have celebrated winning league titles, promotions and F.A. Cups, the celebrations at Crewe meant just as much in what was one of those true "I was there" moments in Portsmouth's history.

George Ray scored the only goal in this debacle against struggling Alex. Paul Cook's Pompey thought they could simply turn up and win but didn't have the stomach for the fight. Incidentally, this result turned out to be the catalyst for Pompey's run to the League Two title but fans were fuming at the time.

Gresty Road is a unique football ground due to it being dominated by one huge stand overlooking the three smaller ones. Pompey fans will be housed in the decrepit Whitby Morrison Ice Cream Van Stand and it's not great to be honest.

The facilities are basic and the seating will remind you of sitting in the Milton End at Fratton Park if you've ever experienced that. At least the low roof means a good atmosphere can be created. Opposite is the Main Stand where most of the Crewe fans sit along with the substitute players and staff. There are no dugouts at Gresty Road as staff from both teams are sat in blue seats instead. 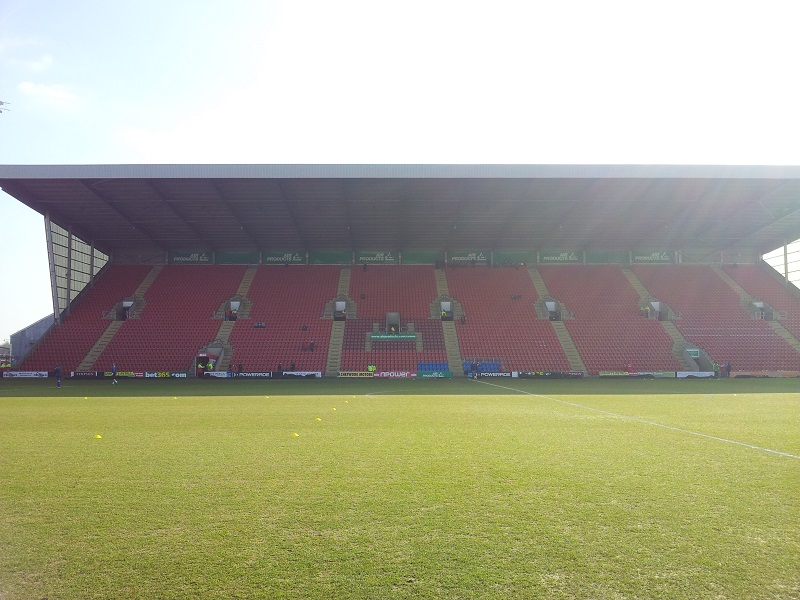 To the left of the away end is the aptly named Railway End (because the trains run behind it) and looks fairly strange due to the executive boxes behind the rather shallow seating. 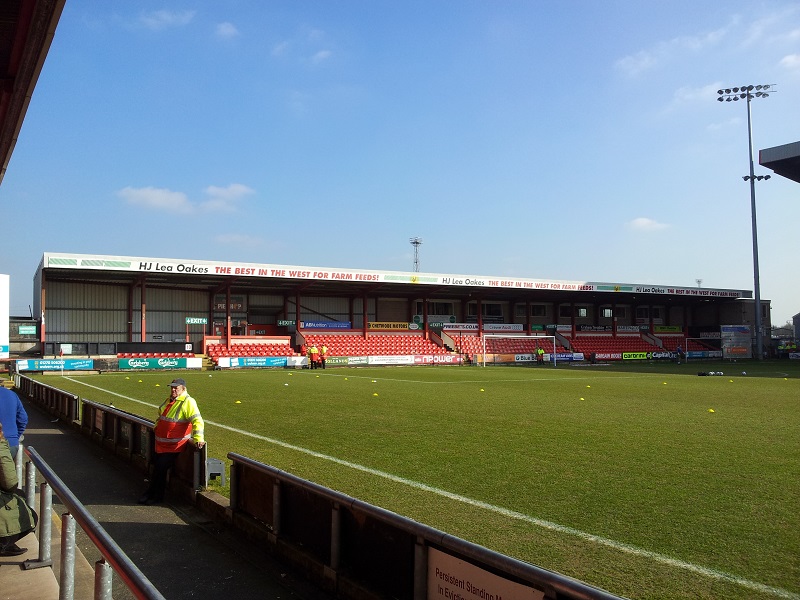 To the right is the Gresty Road End which is newer than the Railway End but no more exciting. The more mouthy Crewe fans tend to be situated here but in general they're a quiet bunch. 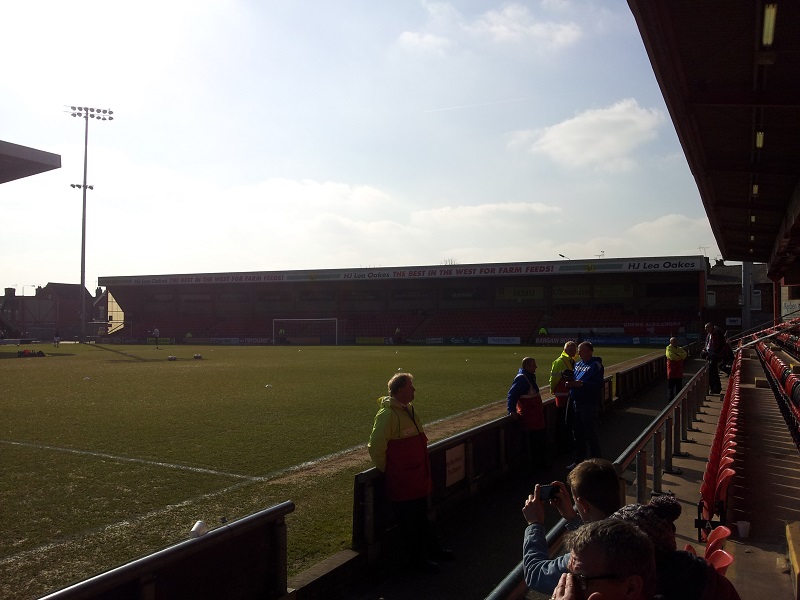