Formed by a group of teenagers in 1905, Charlton became a professional club in 1920 and their most successful period came before and after World War II under Jimmy Seed's management, where they finished as runners-up of Division One and won their only piece of silverware in the F.A. Cup in 1947.

Seed was forced to resign by the board in the 1950's and that triggered a period of wilderness for the Addicks, who had to leave the Valley and groundshare at Selhurst Park in 1984 due to safety concerns. They returned in 1992 and Alan Curbishley was appointed as sole manager in 1995. He delivered promotion to the Premier League twice and estalbished Charlton as a respected top flight club during his reign.

Curbishley departed in 2006 and Charlton were promptly relegated to the Championship. and were relegated again in 2009 to League One. Chris Powell took the club straight back to the second tier and the club was then bought by Belgian businessman Roland Duchatelet and has been in ownership crisis ever since, yo-yoing between the second and third tiers.

The 43-year-old began his playing career at Charlton and his talent in midfield was soon noticed by Leeds United who signed him as a teenager for a British record fee. Bowyer fell out with the club following incidents off the pitch and eventually signed for West Ham, leaving after just one season following the Hammers' relegation in 2003.

Bowyer signed for Newcastle where he famously had a brawl with team-mate Kieron Dyer and after three years he returned to West Ham before moving on to Birmingham and Ipswich before retiring. Despite his talent, Bowyer only won one England cap in 2002.

Charlton then gave Bowyer the opportunity to coach and he was then named assistant manager to Karl Robinson. When Robinson was sacked last season, the former Charlton teenager was promoted to caretaker manager and guided the Addicks to promotion in 2019 despite the chaos around him.

Alain Perrin's first match in charge of Pompey was a memorable one with Yakubu and Steve Stone netting early goals only for Jonathan Fortune's header and Danny Murphy's free kick to level the scores before half-time. However, two late goals from Diomansy Kamara and Lomana LuaLua won the game for Perrin's Pompey.

"They're hear to be beaten, aren't they?" Tony Adams said to Harry Redknapp as former Pompey midfielder Amdy Faye, who had never scored for the Blues, forced in the only goal of the game to win it for the relegation strugglers.

Getting to The Valley is just a short trip to London and there are plenty of pubs to stop by on the way. The ground, unsurprisingly, is situated in a valley and the away end is elevated from the pitch. Be sure to be quick getting food and drink once inside, however, as the queues build quickly!

Opposite the away end is the impressive looking North Stand which shows just how stand redevelopments should be done if Pompey decide to go down this route in the future. 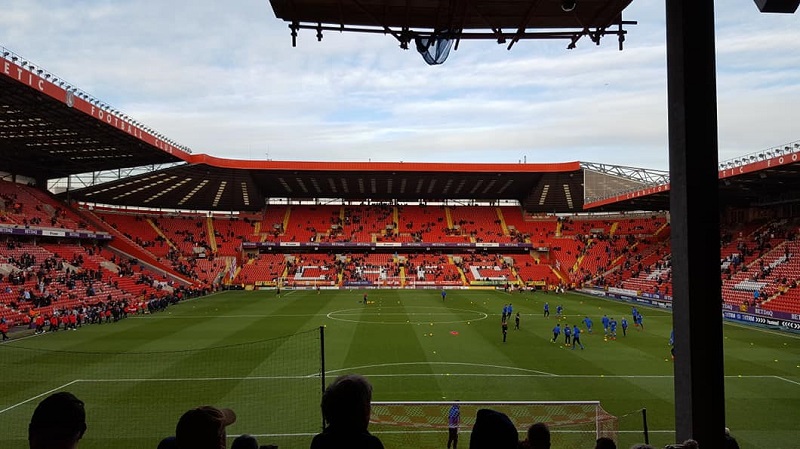 Connected to the North Stand is the two-tiered West Stand where the dugouts are situated. 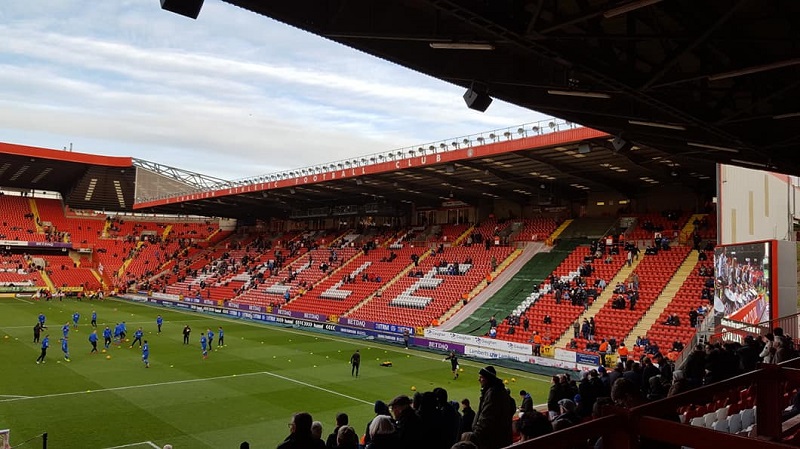 The East Stand is fairly basic by modern standards and the screen in the corner is difficult to view if you're stood in the right side of the away end. 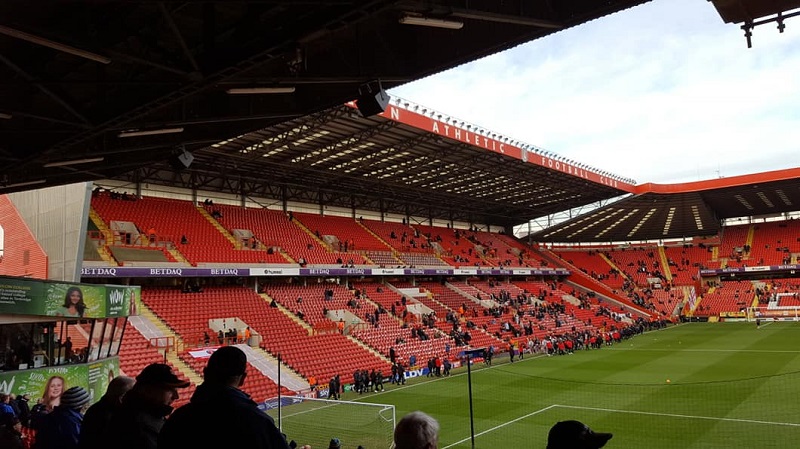 Finally, this photo was taken prior to kick off in 2018. As you can see, the ground is nowhere near full and won't be until Charlton's ownership situation is sorted out. The Valley still remains one of the best venues in League One, however. 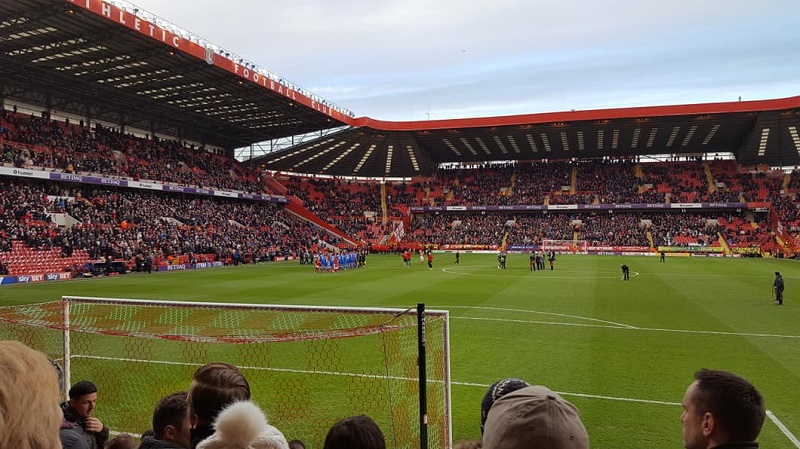