Formed in 1885, Bury were one of English football's early successful clubs. They won their first major honour after thrashing Southampton 4-0 in the 1900 FA Cup Final and then delivered an even bigger 6-0 beating to Derby County in the 1903 Final, a record scoreline in the FA Cup Final which still stands to this day.

Bury were a top flight club until 1928 and haven't been back since. A steady decline followed and, like Pompey, the Shakers found themselves in the fourth division for the first time in the 70's but eventually got back up to the second in the 90's thanks to the backing of Hugh Eaves.

Recent history has seen Bury in the bottom two divisions of English football as they were relegated to League Two alongside Pompey in 2013 but bounced back to League One two seasons later.

Bury's current predicament is perilous due to gross financial mismanagement and although the club won promotion last season, the debts incurred are monumental with staff not being paid, players leaving in their droves, the club being kicked out of their training ground by Man City and a CVA being passed which means the Shakers begin the 2019/2020 season on -12 points.

The 54-year-old played as a striker back in the day during a journeyman career that featured the likes of Everton, Watford, Middlesbrough, Millwall and Northampton. However, arguably the most famous moment in his career is probably scoring one of the goals to seal Barnsley's promotion to the Premier League in 1997.

In coaching, Wilkinson has been caretaker manager at Grimsby twice and his most recent caretaker role was at Truro City where, despite signing a permament contract with the club in June, he joined crisis club Bury a month later.

It may be known as the Energy Check Stadium now but Gigg Lane is one of the more famous football grounds in lower league football. The Manchester Road End (below) is where the away supporters are usually sent but due to Pompey's massive numbers last season, this stand was left virtually empty instead. 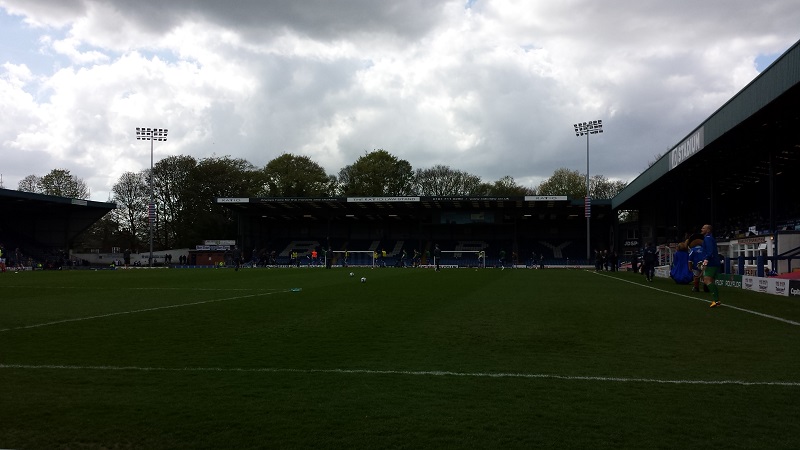 Bury's noisiest stand is the Les Hart Stand due to the contingent of the Shakers "yoof" who drum away whilst giving the visiting fans some abuse to go with it. 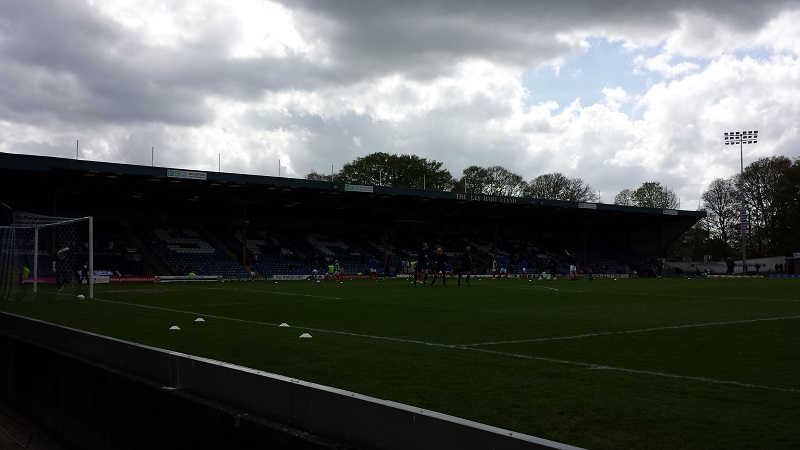 The Main Stand is slightly strange due to its elevation from the pitch and the window structure at the bottom of the stand. One of the more unique places to watch football in Lancashire. 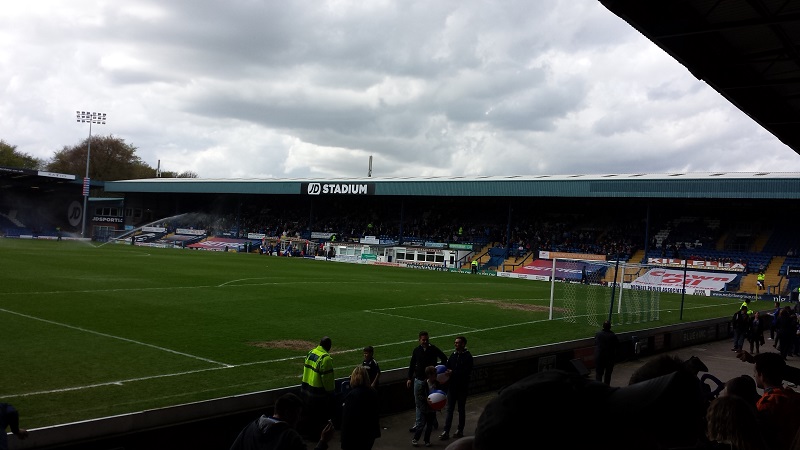 Pompey fans were given the Cemetery End because of their numbers and it can hold up to 2,500 fans as the stand also includes the corner part of the ground too. 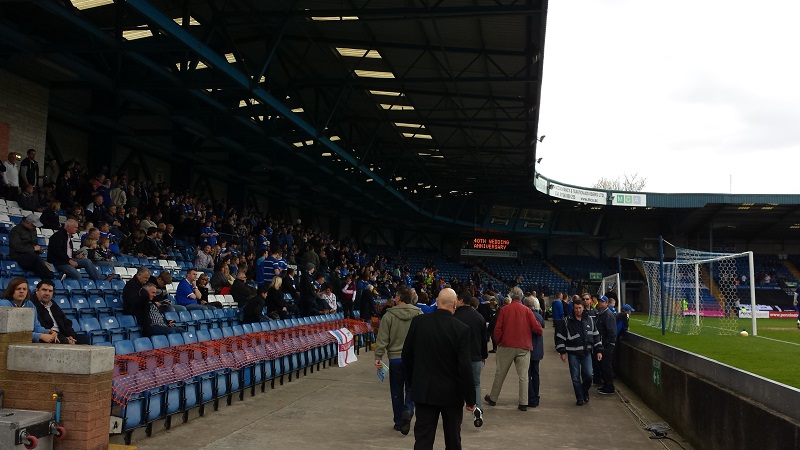 Below is a close up of the scoreboard in the corner of the Cemetery End and a scoreline which will live in infamy. 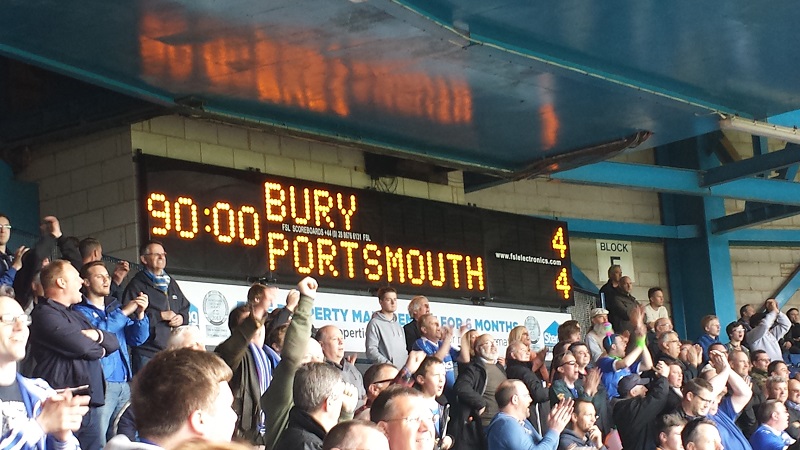 And here is a picture of the Pompey fans going mental after the final whistle... 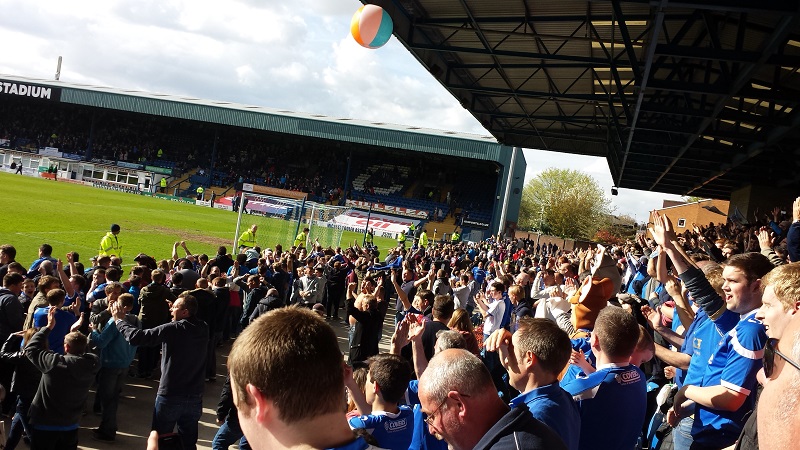 Overall, Gigg Lane is one of the better grounds in the division. There's a decent sized fan bar outside the ground and a few watering holes nearby too. The ground itself is condusive to a good atmosphere and the facilities are better than most of what this division has to offer, even if the canteen did run out of food when Pompey visited last time!