Albion were formed in 1950 following a succession of failed football clubs in Burton. The majority of their existance saw the club play in non-league at the now demolished Eton Park, until their move to the Pirelli Stadium in 2005.

Under the management of Nigel Clough the Brewers gained fame by holding Manchester United to a goalless draw in the FA Cup. Clough left for Derby in 2009 but kept the club at such a strong position in the Conference that the inevitable promotion to the Football League came at the end of the season.

Burton won League Two under Gary Rowett in the 2014/2015 season and then won a successive promotion the following season under Jimmy Floyd Hasselbaink's management. Nigel Clough returned to the Brewers when Hasselbaink moved on and kept them in the Championship after their first season but his team were relegated on the final day three seasons ago.

The 35-year-old centre back is mostly known for his time at Derby but had two spells at Burton and was promoted from player to player-manager after Nigel Clough stepped down as a cost-cutting measure due to the ongoing COVID-19 situation.

Ben Close's sweet strike gave Pompey the lead but the hosts hit back through Liam Boyce. It looked like Kenny Jackett's men were going to drop two vital points until Matt Clarke forced in a stoppage time winner to earn a dramatic win and keep Pompey's automatic promotion aspirations alive.

This was a typical woeful performance on Sky TV as Adam McGurk tapped in an early goal and Lucas Akins netted a second to confirm a comfortable win for the Brewers.

Considering Albion haven't been a league club for long their stadium is pretty tidy. Given that Burton-on-Trent is the brewing capital of the country there are plenty of pubs around but the closest is the Beech which is a short walk up Derby Road from the ground.

The exterior of the ground is pretty smart but because the ground is situated next to some factories, beware the strange smell around the place! 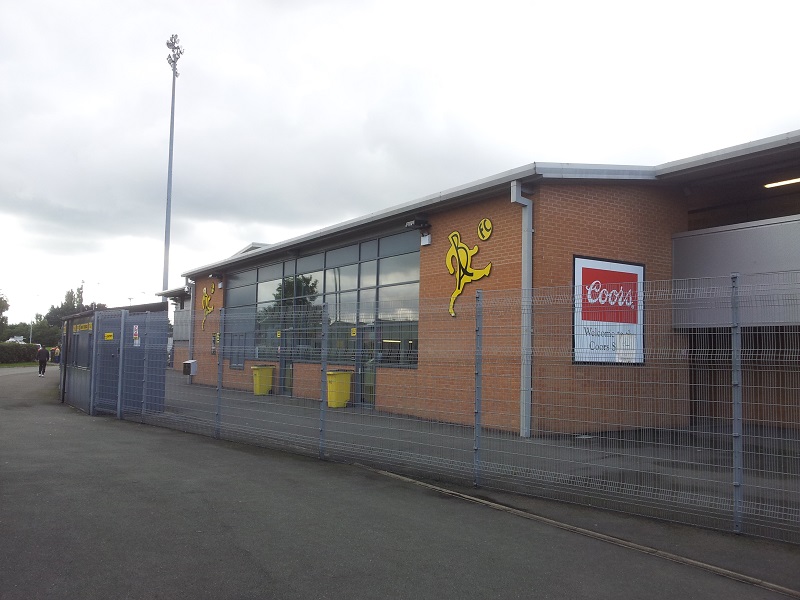 Opposite the West Terrace where the away fans are kept is, funnily enough, the East Terrace which looks a bit plain until the Burton fans start hanging their flags and banners. This is where the "noisiest" home support is situated but in all honesty, that isn't really saying much as the other two sides of the ground are dead quiet! 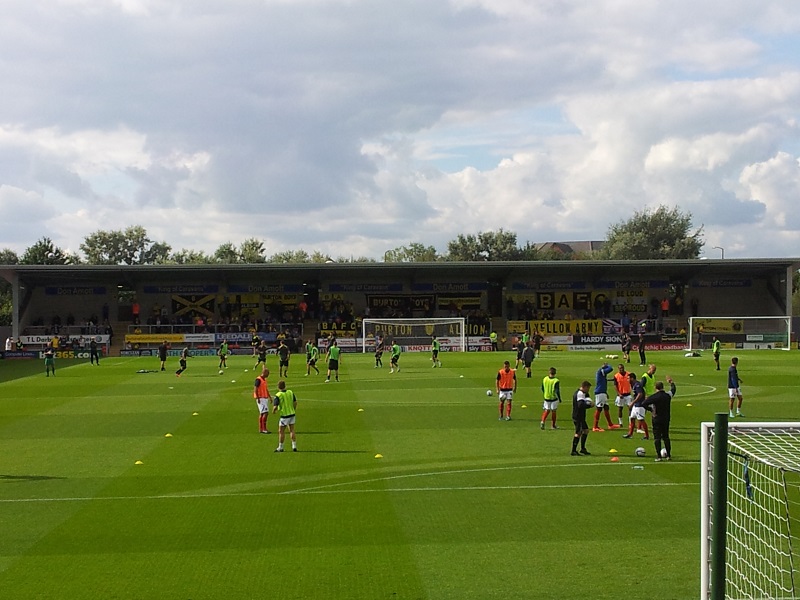 The not-so-aptly named Popular Side seemed to have less fans than the West Terrace and looks just like a concrete block terrace with little going for it. 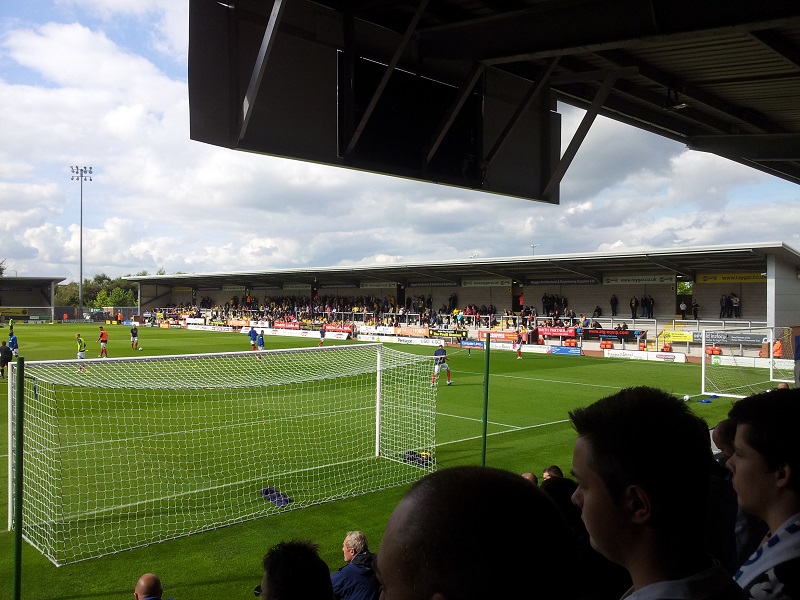 Opposite that is the Main Stand which can also accomodate some away supporters who wish to sit down. Saying that, the terrace given to the travelling support is modern, roofed, condusive to making plenty of noise and offers a good view of the pitch due to its elevation and so is probably the best terrace in the division. 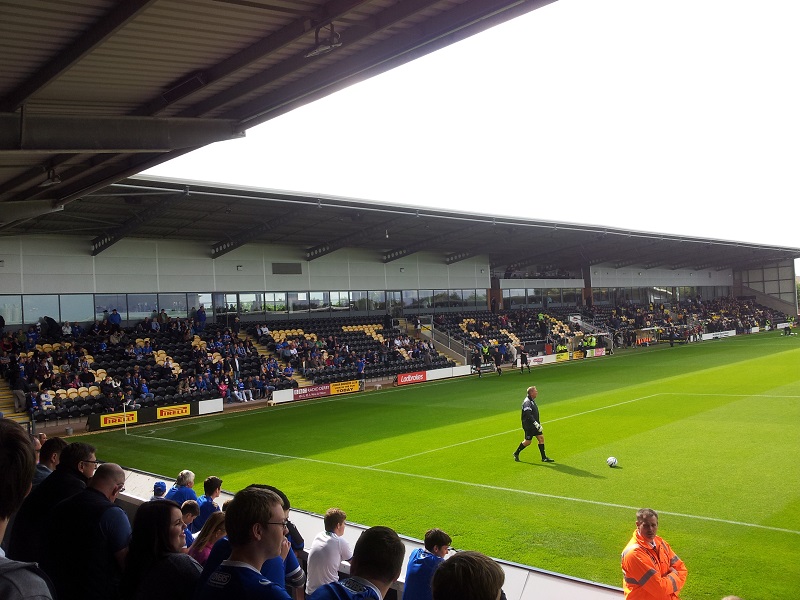 The lower leagues are home to some strange mascots with Billy the Brewer being one of them. He took plenty of stick from the Pompey fans last season but it was all good natured....mostly... 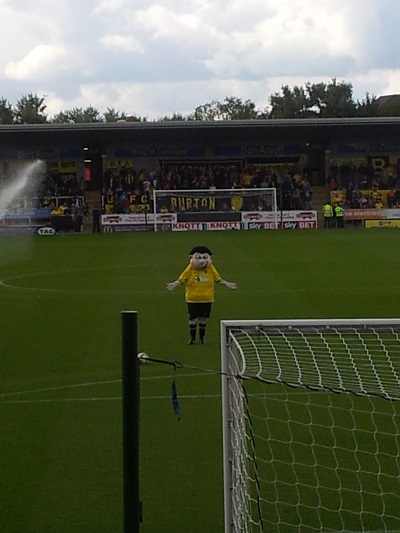 Overall, Burton is a good day out. There are plenty of places for pre-match drinking to go to and the modern ground, albeit small ground is tidy.